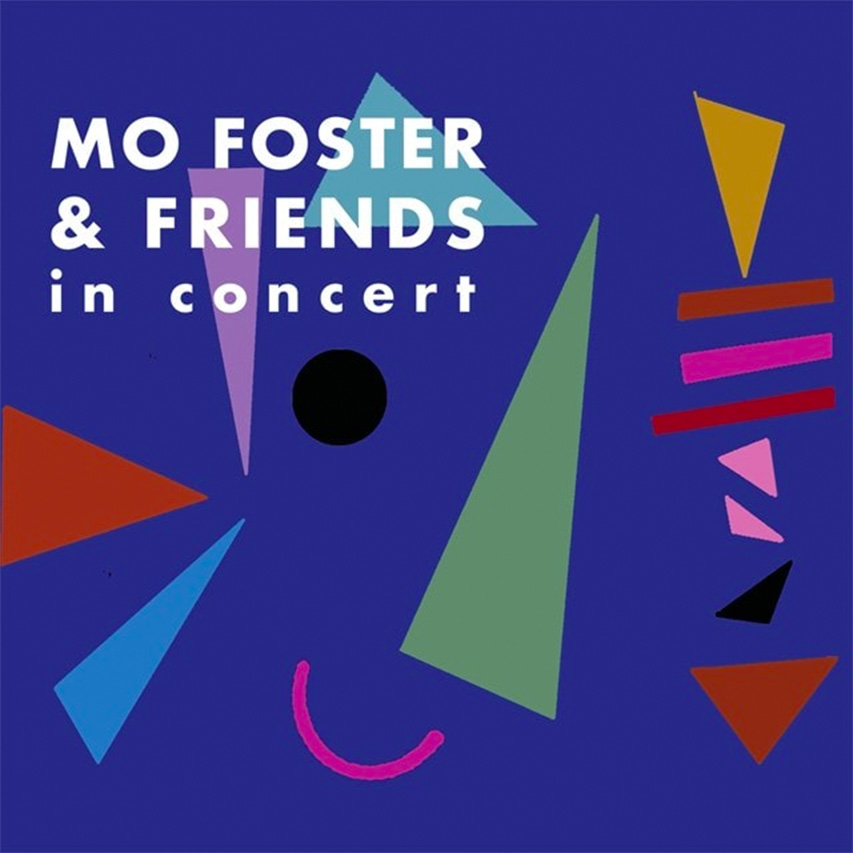 My New Double CD
How to Buy and Reviews

More info about the Band

AN EVENING FOR JACK

A celebration of the life and music of

One More Time
A Feature Documentary
by Alan Boyd 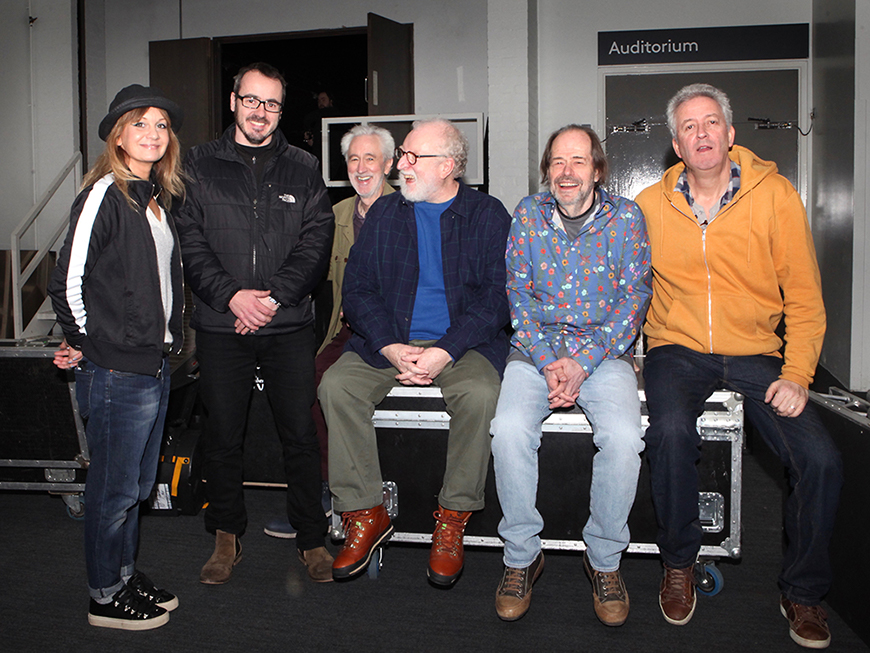 I have worked with many highly-respected musicians, but it is not until now that I have been able to bring together my favourite players — my dream-team — to play my favourite music. I chose the musicians simply because they are the best, and are some of the finest jazz soloists in the country.


The sound I’m aiming for is Gil Evans in miniature. The music — structured, with beautiful harmonies and melodies, and with room for great solos — is inspired by my time working in the band of that iconic composer/arranger.

I have been sent copies of original scores by major jazz composers such as Gil Evans, Mike Gibbs, and Django Bates. I’ve recently been in touch with Gil’s son Miles who is excited by this project.

This is important to me because I want to share and pass on the legacy and love of Gil's and other great composers' music to younger audiences and younger musicians.

Having performed a string of dates in London, the band is now sounding fantastic, and I have been recording the gigs with the intention of eventually releasing a live album. Angel Air Records — with whom I have a 20-year relationship — are keen to release it. Artist/illustrator/web-designer Wendy Hoile — who designed my website and the band logo — will design the cover-art.

My favourite Gil quote: “Everybody who gave me a moment of beauty, significance, excitement has been a teacher”.

I set up an illustrated ‘talk' to promote my book — British Rock Guitar, The First 50 Years, The Musicians And Their Stories — in the wood-panelled music room of Burgh House, a lovely 300 year old Queen Anne property in Hampstead. Burgh House is a wonderful setting. It was good fun, and sold out. Even Bill Oddie (of The Goodies) turned up! And to my great amusement I was even asked to do an encore — at a talk!

Session musician, record producer, composer, and author Mo Foster brings an insider’s knowledge to the history of the guitar and to the development of British music over the last 50 years. This illustrated talk is structured around his career, but with stories and images drawn from everyone featured in his book it is an evening of amusing and revealing anecdotes.

Visit the Gallery Page for pictures
of the Book Talk Events 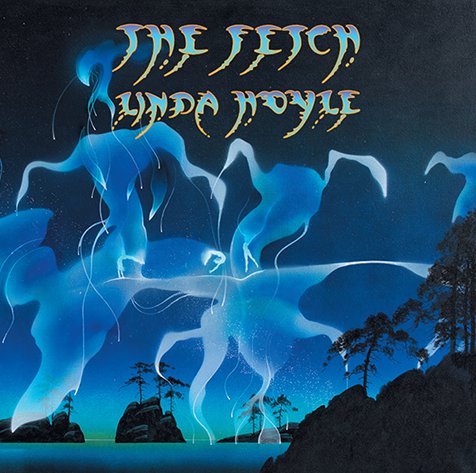 A couple of years ago I composed and produced this album
THE FETCH
for my old Affinity bandmate Linda Hoyle.
The CD was released on Angel Air Records.

Linda Hoyle had been the lead singer in my early 70s jazz-rock band Affinity.

In early 1971 the band split, and disillusioned by the music industry at the time Linda quit and started a new life as an academic in Canada.

In 2011 the University of Sussex at Falmer near Brighton (my alma mater) celebrated it's 50th birthday. I put a band together for a reunion concert

Linda — who just happened to be visiting friends four miles away in Lewes —joined us onstage that night and sang a couple of songs. It was this reunion that sparked her desire to perform again, and she and I began writing and recording.

It was a difficult project because Linda lives in Canada and I live in England, but we got there!


We had always fancied a vinyl release - especially because of Roger Dean's wonderful artwork
We were contacted by a Norwegian company - Pancromatic Records - who specialise in vinyl LPs.
To fill four sides of the vinyl Linda and I had to write and record a brand new song: ‘Who’s There?'.

The double LP is now available.

It looks great, sounds great, and even smells great.


The company only pressed 600 copies, but if you would like one, here is the info:

For solid blue, black, and white vinyl (as seen below):
CLICK HERE-

Or you can buy the CD here 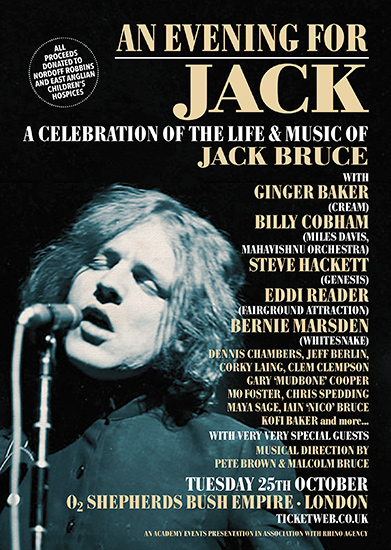 I was recently invited to play at a special celebratory evening for bassist, singer, songwriter Jack Bruce, who died two years ago.

This show was a chronological musical journey through Jack's musical career, starting from the early years with the Alexis Korner and Graham Bond era, moving through the Cream era, and to his many solo records, with a nod to some of the other important collaborations during his lifetime.

All proceeds went to Nordoff Robbins Music Therapy and to a hospice in Suffolk.

The evening was amazing, with everyone pulling together to make it happen. There was such respect for Jack. And I got to play 'White Room' with Terry Reid, Dennis Chambers, Mick Taylor, and Will Johns — everyone else was busy!

VIEW PICTURES FROM THE CONCERT

THIS WAS THE LINE-UP

PLUS a string quartet, and backing vocals.

* Towards the end of the concert Ginger arrived and made a beautiful speech that was almost a love-letter to Jack.

And I got to play 'White Room' with Dennis Chambers! 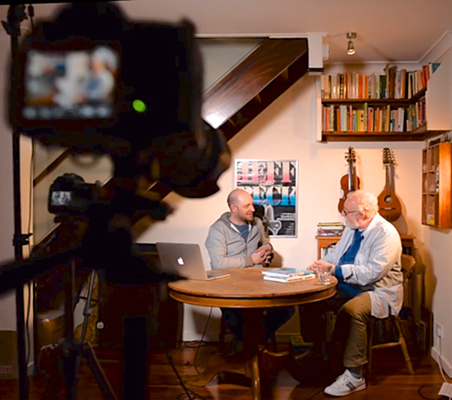 It’s just me and Ray telling studio stories and playing the songs.
Nic and Jim help us. You’re allowed to heckle


ONE MORE TIME is a feature documentary that tells the story of the UK session players of the 60's & 70's who helped forge the sound of the British Invasion and recorded the music of a generation.


‘From The Beatles to Bond and Ziggy to Zeppelin these are the tales told by the men who were there in London's busy studio scene’.

In the 70s and 80s there was a vibrant studio scene in London. Musicians often worked for three sessions a day, every day. Unfortunately there are very few surviving photographs or films of these events.
In an attempt the redress this omission film-maker Alan Boyd recreated a studio session at Air Edel Studios for ONE MORE TIME, a feature documentary that tells the story of the UK session players. Alan is uniquely qualified to make this film as he is both a film-maker and a musician, and has a passion for both disciplines.