THE HARDBACK EDITION WAS FIRST PUBLISHED IN 1997 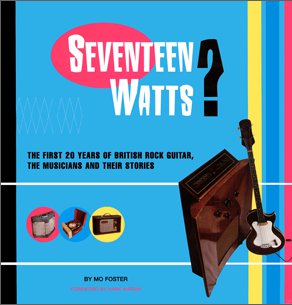 The First 20 Years
of British Rock Guitar,
the Musicians and their Stories

The forword to the book was written by Hank Marvin, the owner of UK's first Fender Stratocaster and widely regarded as one of the originators of the UK's Rock'n'Roll guitar sound.

The origin of the title came from an amusing memory

"Around 1960 my school band, The Tradewinds, upgraded its back line of little 5 watt amplifiers with the purchase of a wedge-shaped, blue and white, 17 watt, 4-input, Watkins Dominator amplifier which, at £38/10/-, we could just afford between us. But the band was divided by the prospect of such awesome power, and some thought it might frighten the audience: did we really need 17 watts?
Twenty years later I toured the United States with Jeff Beck and a bass rig which alone was rated at 1,500 watts!” 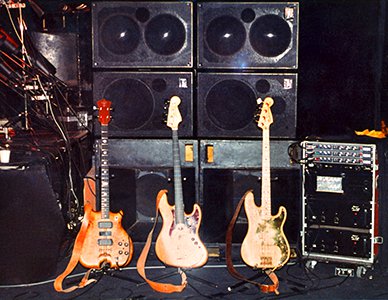 The main photo on the cover was of my parents’ 1952 Murphy Radio — my first bass amp.

When I started writing the book I — like most men at that time — couldn’t type. I enlisted the help of my wife Kay who was able to convert my hand-written scrawl into text on an early Apple Macintosh IIci.
Some weeks into the project she had to go away to New Zealand for a couple of weeks, leaving me to struggle with cutting and pasting text. Unfortunately I was not yet really equipped to do this and in my impatience — and with one simple key-stroke — I managed to delete 40,000 words. Gone forever. I spent the entire evening in the pub.

Diana Wilkinson — wife of drummer Neal Wilkinson — was able to come to my rescue and began the long task of re-typing.
Mark Cunningham introduced me to Sanctuary Publishing and helped me with the initial layout. ( see UK foreword ) 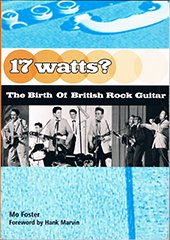 The Birth Of British Rock Guitar

The softback edition, also with a foreword by Hank Marvin, was published in 2000. It was an improvement over the original hardback in that it had a superior structure, 10,000 more words, and an index. Although smaller it was simply a better book. It had great reviews 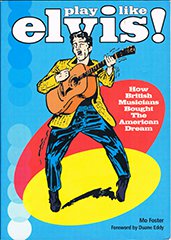 When I was told that the softback edition of my book, 17 Watts?, 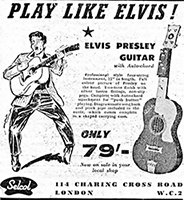 was to be published in the USA I was naturally very excited. I was, however, less than excited when the publishers informed me that the title of my book was to be changed to Play Like Elvis!, a title that seemed to me to be confusing, and not exactly relevant to the contents (it was taken from a small advert that had appeared in a fifties Melody Maker and was featured in the original book).

After some thought I felt that it would be more interesting if the foreword to this edition was written by an American guitarist. I then realised that there was only one possible contender: Duane Eddy, a musician who had influenced thousands of British players even before they had heard of The Shadows.
It took me a couple of years to track down the man, but it was worth it.
One afternoon I was working on an album for Deborah Bonham at her studio in Notting Hill. Unknown to me Deed — Duane’s wife —had called my home where she was given the number of Deb’s studio. The phone in the control room rang, I answered it, and a deep voice with a Southern American drawl said “Hi, this is Duane Eddy”. I wasn’t ready for this and probably mumbled a bit but we talked for a while and I was charmed by his sense of humour.
What he later wrote was, necessarily, influenced by the title. But it was also more than I could have hoped for: it was a wonderful insight into a period. ( see USA foreword ) 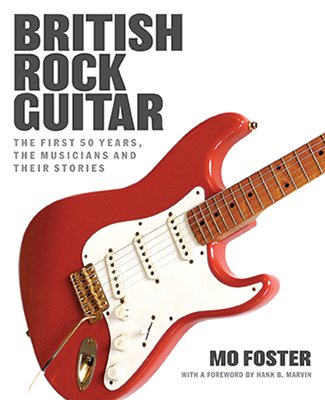 The First 50 Years, The Musicians, and their Stories

This vastly improved book, again with a foreword by Hank Marvin, was first published in 2011.
When Sanctuary Publishing collapsed I managed to retain the copyright, but it took another ten years for me to find another sympathetic publisher — Northumbria University Press. This has since metamorphosed into McNidder & Grace.
I had gathered a large dossier of ideas that I wanted to incorporate into a new – and superior – edition. The new book would be more complete, more accurate, more beautiful, and funnier. It would have a better structure, many more photos, and an index. In addition many of the existing b&w images in the book could now appear in colour, especially adverts, programmes, catalogues, and tutors. 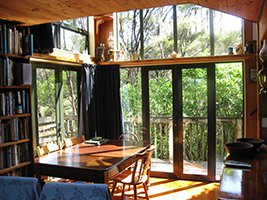 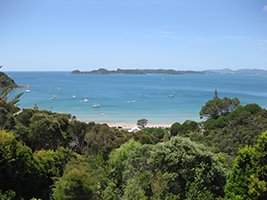 A trip to New Zealand was the perfect incentive for me to begin collating ideas for this new book, and I began writing in the delightful setting of a tree house in the semi-tropical bush near Russell, Bay of Islands

The Story of the Cover Photo

Rock and Roll had a very different start in Britain mainly because of the post-war trade embargo with the States, which was not relaxed until 1960. This meant that we couldn’t buy anything American until that time — and that included guitars.
We had heard the impressive sound of Fender guitars on records — Buddy Holly, Ricky Nelson, etc, — but we couldn’t buy one. Frustrated by this situation singer Cliff Richard privately imported a Stratocaster in 1959 and presented it to Hank Marvin, the lead guitarist of his band The Shadows. This would become the first Strat in the country, and at that time it would have cost about a quarter of a years’ average UK income. When Cliff, Bruce, and Hank opened the case they just stared at this beautiful work of art in disbelief. This whole story is chronicled in chapter 8 — British Beat. Both the guitar and the player went on to be legends, and transformed music in the UK.
When choosing an image for the cover of the book we felt that this particular guitar — more than any other instrument — represented the key transitional moment in UK rock music: this was the actual guitar that Hank had played on The Shadows’ first No1 single ‘Apache’ in 1960.
Bruce Welch — who now owns the instrument— very kindly allowed me to photograph it . 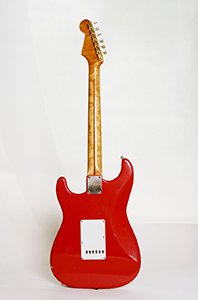 I arrived at his house at 11am, just as he had to go out.
My photographer friend Tina Jansen and I did the shoot in an upstairs sunlit room, and I then very carefully carried this priceless instrument back downstairs to Bruce’s music room. Suddenly I heard an awful crash from above, rushed up, and discovered that Tina had accidentally dropped an aluminium step-ladder onto his white grand piano, causing a V-shaped hole in the wood.
Now Bruce is a very fastidious person, and of the ten things not to do in his house this has got to be near the top of the list. I felt very ill in my stomach. Naturally I paid for the repair, and the experts were even able to match the colour.
As is evident from the front cover Tina’s photographs were wonderful. I just wish the event had been a little less stressful to all concerned.

Some weeks later Bruce rang to give me details of the funeral for Jet Harris. At the end of the call he added “by the way, when are you coming round again to fuck up even more of my property?” A true friend.